The growth of the sport in the Western world over the last 20 years has been nothing short of phenomenal and annual Dragon Boat Festivals are now held in cities as diverse as London, Hamburg, Paris, Chicago, Toronto, New York and of course, Auckland, Wellington and Christchurch.

As of June 2009 there were 75 countries affliated to the International Dragon Boat Federation.  Since 2009 the IDBF has been petitioning the International Olympic Committee to become an Olympic Sport starting as a demonstration sport. Work is also being undertaken with the Commonwealth Games.  Whilst there is still a lot of work to do to get our sport there, the long term strategy is realistic, dragon boating will be at the Olympics in the next decade.  Every change we make in each regional from private event management franchaise to a sports programme racing under one set of international rules is one step closer to that realisation.

Feedback has been given by the OIC, and the outlook is long.  We are looking at somewhere in the year 2024 however a sport has to drop out and the biggest disadvantage dragonboating has - our team size.  With 25 in each squad and the Olympics keeping their participation numbers down, it maybe a matter of pure logistics that keeps dragonboat, an amazing spectator sport, from being in the Olympics. 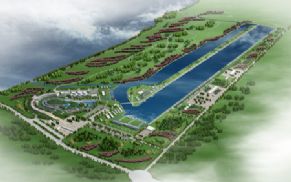